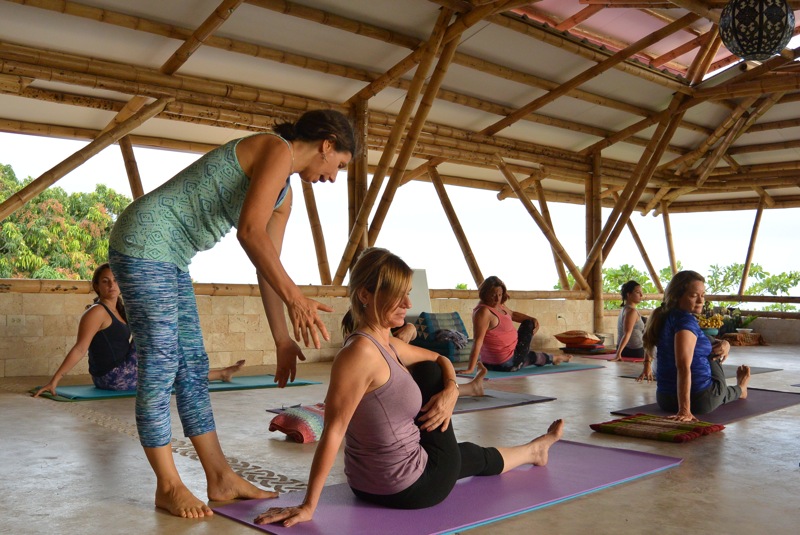 Devaki has been a Sampoorna Yoga Teacher since 2000 – trained by Yogi Hariji and Leela Mataji (www.yogihari.com; www.leelamata.com).

Since  2006 she has been teaching 4-week intensive teacher training courses (TTC) at Yoga Vidya, Germany
(www.yoga-vidya.de).

In 1999, at an introductory yoga and meditation workshop at Yoga Vidya Westerwald, Devaki was introduced to Swami Sivananda’s school of integral yoga. The experience changed her life and she has been deeply devoted to this yoga path with love and joy ever since. It was in the same year that she met Yogi Hariji and Leela Mataji at a sadhana intensive workshop in Westerwald and accepted their invitation to take their Sampoorna Teacher Training Course level I & II in Florida. In order to fully immerse herself into yoga, she decided to spend two periods of three months each at Yogi Hari’s ashram in Florida.

After an intensive and inspiring time of learning at Yogi Hari’s ashram, Devaki completed her master’s degree in psychology in 2004. Her thesis was about the effects of mantra repetition on the mind in everyday life.

Her love of yoga grew and made her join the staff at Yoga Vidya Westerwald in 2005. At the ashram, she trained as an Ayurveda and Thai massage practitioner and took part in further training for yoga teachers. She conducted a number of workshops, such as introduction to yoga and meditation, introduction to Ayurveda as well as spa weekends, and was one of the lead teachers of the relaxation teacher training course and meditation teacher training courses. She held satsangs, Krishna Pujas and, as of 2006, was teaching the 4-week intensive TTC as well as the 2-year TTC in Koblenz. She regularly went as Karma Yogini from 2007-2014 to serve her guru, and inspiration Leela Mataji, at Leela Mataji’s Peaceful Valley Ashram in Pennsylvania (www.leelamata.com.)

From 2008-2013 Devaki has been a staff member at Yoga Vidya Speyer, Germany, in the team of Shakti and Maheshwara Lehner, where she was one of the teachers of the 2-year TTC and helped run the yoga center.

In 2010, on her way to spend vacations in Puerto Rico, she happened to meet – let’s say, by divine appointment –Amos, at the Newark airport, New Jersey, who she married in 2014. Since then the two of them have enthusiastically been working towards creating the Peaceful Ocean Retreat Center. In 2015 they extended the guest house with a 3rd floor to build a unique bamboo floor, which is now open to held bigger yoga classes, retreats, workshops, concerts, etc.

In 2015 she got certified in Puerto Rico with the Dr. Bryan and Light Miller as an Ayurvedic Lifestyle Consultant and became a Member of NAMA (National Ayurvedic Medical Association) as a Certified Ayurvedic Health Counselor (CAHC).

In 2016 the two moved temporarily to Terre Haute, Indiana, where Amos took a new position at the Indiana State University and Devaki took a Certification Program in Therapeutic Massage.

She is now a Licensed Therapeutic Massage Therapist in Indiana and the owner of Ananda Wellness Terre Haute, which offers Yoga Classes, Workshops, Continued Education in Yoga, Therapeutic Massages, Ayurvedic Health Consultations, and Retreats at Saint Mary-of-the-Woods College and to Puerto Rico.

Whenever their time allows, they come back to their home in Puerto Rico.

In the meantime the Bamboo Yoga Hall and the guest house are open to guest teachers.
For more information please call Devaki 787 464 5651.

With Peaceful Ocean View, Devaki and Amos are hoping to create a refuge and oasis for both body and soul, offering yoga vacations, meditation, yoga and cooking classes, noche de kirtan with singing of mantras, or pujas to transform mind and emotions.

Devaki and Amos looking forward to meet YOU! 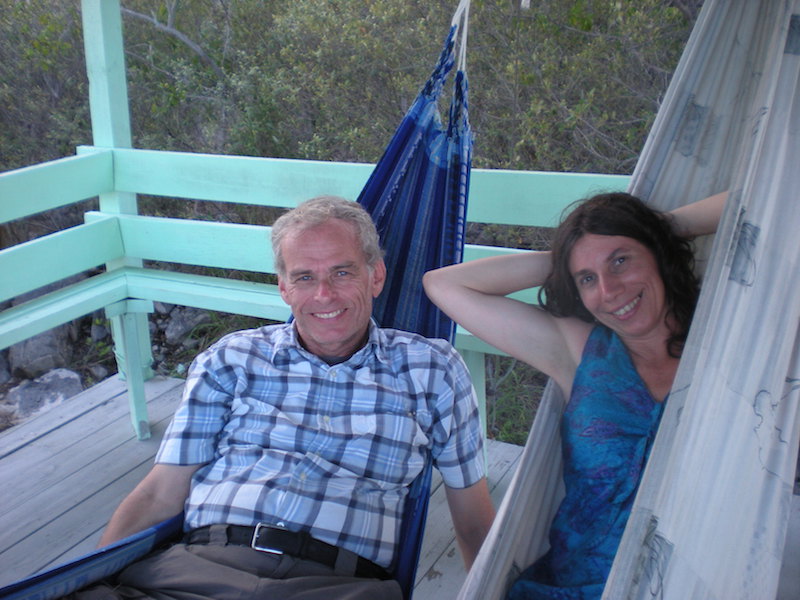